RELIGIOUS CEREMONY---of a particular denomination (e.g., Catholic, Jewish, Muslim etc.) or combination of denominations; characterized by formal or defining religious elements/rituals/traditions from one or more denominations.

NON-DENOMINATIONAL CEREMONY--- A non-denominational is a ceremony that is not of a particular denomination.

INTERFAITH CEREMONY---is also known as a multi-faith or interdenominational. A combination or blend of religions ranging from only some religion to being entirely religious.

SPIRITUAL CEREMONY---"spiritual" means different things to different people. Most often, in a ceremony context, it is either the religious, sacred or divine feeling or essence underneath a religious element, ritual or tradition. Often it uses beautiful, inspiring words but is universal and stays away from any particular religion

CIVIL/NON-RELIGIOUS---No religion in the ceremony whatsoever, including no prayer (although a couple may have an invocation or poem that would be as meaningful to them as a prayer would be to a religious person). It is also known as a court house, notary, JP or Justice of the Peace ceremony. Kindly note that, a non-religious or civil ceremony can have absolutely as much meaningfulness, warmth and heart as any other type of ceremony. Non-religious or civil means no religion, but not "no love".

MULTI-CULTURAL CEREMONY---similar to interfaith except it involves combining or blending of a couple's cultures and heritage; may or may not have any religious elements--can be civil or non–religious, or very religious.

SPANISH CEREMONY---is a wedding that is done in Spanish. It may be all or just part of the wedding ceremony. Some of our fine ministers and officiants speak and write Spanish fluently and we have performed many weddings in Spanish. If you would like all, or part of your ceremony in Spanish, just let us know. 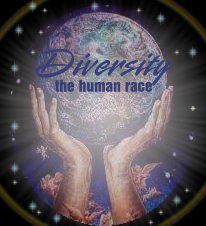